Are you one of the many people plagued by the recent automobile recalls?  Plagued by stories about sudden acceleration and failing brakes, the press is reminding us how danger it can be to drive an automobile.  A recent segment on NPR discusses the current Toyota recalls and the fact that, while the mechanical and electrical…  read more

OK!  Now that we have the helmet issue settled (not), let’s move on to something increasingly germane as this part of the globe warms and more folks begin to ride. Here’s a situation you may face as a cyclist… Uphill light.  Right lane turns right only.  Left lane for going straight on or turning left. …  read more

We don’t post a lot of commuter tips on this blog, perhaps it would be good communal goal to do so in 2010!  Here’s a start… I was heading for home on Friday, when I picked up a piece of glass in my rear tire.  I was on a tight schedule and was heading for…  read more

An article on Green.Blorge discusses a new project out of MIT called the Copenhagen Wheel.  It was unveiled on December 15th at the United Nations Climate Conference.  This wheel is the first of it’s kind which will allow you to retrofit almost any bicycle with an electric assist.  But it is so much more than…  read more

According to this post at GCPVD, the renovated Mercantile Block (an AS220 building on Washington St) will include 20 indoor bicycle parking spaces.  Does anyone reading this know more?  Will these spaces be reserved only for residents of the building, or will some be made available to downtown bike commuters who prefer not to leave…  read more

According to an article in the Republican A key state legislative committee gave a favorable recommendation Tuesday to a bill that would require drivers 75 and older who are renewing their license to pass tests to prove they can safely operate a vehicle. The action comes after a spate of fatal accidents recently involving elderly…  read more 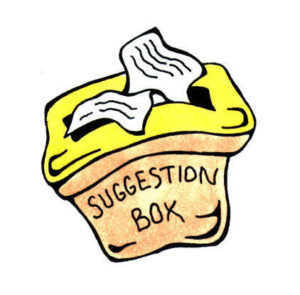 We were recently contacted with the following question Could any of the seasoned bike to work group provide some suggestions on how they are dealing with this crappy summer weather? I’m sure we all feel like we’ve been living in Seattle for the last month.  So what are you doing to deal with it?  Any…  read more

I had the misfortune of needing to commute by car a number of times last week.  Having forgotten how much I detest sitting in traffic, I again questioned why anyone would choose to do this! It was a joy to be back on my bike this morning.  Officially, I was leading one of the PBC…  read more

Starting this past Tuesday,  I noticed RIDOT crews out working on replacing the decking along the two wooden bridges near the Barrington/Warren town lines.  Later, I noticed an announcement on the RIDOT website: Cyclists along the path from Providence to Bristol already may have encountered construction work on the path. The $350,000 project will involve…  read more

Can someone help a brother cyclist out? The PBC received this message: “Was wondering if there is a good way to determine a safe (er) route for biking to work. I live in Providence and work in Mansfield, MA. My one attempt at biking to work was awful and w/o a foldable bike (or desire…  read more