UPDATE: Please note that the date has changed to January 11, 2012, 6PM. The Elmwood Neighborhood Association has sent out a notice of an upcoming public planning meeting to discuss the remainder of the Elmwood repaving project.  For more information about the recent activities and some commentary on the current status, be sure to click…  read more

If you live along, frequently bike along, or just periodically bike along Elmwood Ave, then this meeting is for you!  An announcement from Community Works Rhode Island: When:  Wednesday, April  7th, 2010   6:00-7:30 pm Where: Knight Memorial Library Auditorium (downstairs), 275 Elmwood Ave. As many of you know, Community Works Rhode Island, our elected officials…  read more

From the organizers: We just arrived at Knight Memorial Library to set up for tonight’s Elmwood Avenue design meeting and found that the building has been closed due to an electricity problem.  We will reschedule. We will post an update when there is a new time for the meeting.

As previously reported, Elmwood Avenue is getting a much needed overhaul thanks to RIDOT.  This coming Thursday @ 11am, RIDOT and L+A Landscape Architecture will present their design recommendations for the project.  A group will gather at the the Knight Memorial Library (275 Elmwood Ave). Come see what the future of Elmwood Avenue could look…  read more

Over the course of the next two years, RIDOT is scheduled to completely repave Elmwood Avenue.  I will be meeting with some people this Thursday @ 11am to discuss potential bicycle and pedestrian improvements that might be done in conjunction with the repaving work.  If you frequent this area or just have a vested interest…  read more

Yesterday at the ECRI roundtable with RIDOT Deputy Director Pete Garino, we got a lot of clarifying responses about bike & transit projects and the forthcoming 10-year Transportation Improvement Plan: The “Blackstone River Bikeway Segment 1A” would connect the southern part of Gano Street to Richmond Square past the Crook Point Bascule Bridge in Gano…  read more

The January meeting of the Providence Bicycle and Pedestrian Advisory Commission will be held  on Wednesday, January 23, 2013, 4:30 PM, 444 Westminster Street, First Floor.  This meeting is open to the public. Agenda 4:30 – Nate Urso, Providence Department of Public Works: Crosswalks, Street Repaving, Policy, and Safety (Nate will also give a brief update on…  read more 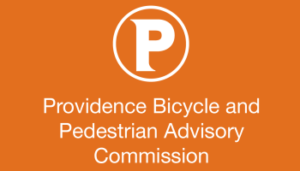 Last week, the Providence Bicycle and Pedestrian Advisory Commission submitted a formal letter to Mayor Elorza with recommendations for bike priorities around the city. We applaud the commission for taking this step, and encourage both they and city staff to continue the push for safer bicycling around Rhode Island’s capital city. Recommendations included the following:…  read more

The City of Providence has finally completed the long awaited Broadway Bike Lanes.  Announced in 2008 as coming soon, and rumors of imminent milling and repaving, 2011 sees the city complete its current bike plan with the installation of this lane, adding 2 lane miles to the city’s inventory. Below are photos taken during a…  read more 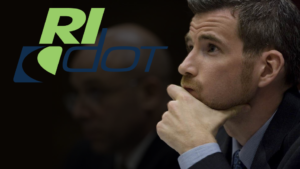 We had two meetings last week with Deputy Director of RIDOT, Pete Garino. One was a roundtable with a number of other advocates for biking & transit, one was one-on-one. There are changes afoot at RIDOT, and we wanted to let you know what’s going on. First of all, the basic idea the new RIDOT…  read more

The Providence Bicycle and Pedestrian Advisory Commission (BPAC) is the official city body for advising the Mayor on bike/ped issues. The current commissioners are Eric Weis (chair), Matt Moritz (coincidentally RIBike board president), Michelle Cortez-Harkins, Laura Bozzi, and Jef Nickerson. The commission is staffed by Martina Haggerty of the City’s Department of Planning & Development,…  read more