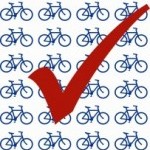 Please let us know of any actions you have already taken that could improve conditions for bicycling.

• In 2013, the City released Bike Providence: A Bicycling Master Plan for Providence, which establishes a roadmap for increasing and encouraging bicycle use.

• The City issued a request for proposals to bring a bike share program to Providence. The vendor has been chosen and is working to cultivate sponsors who will operate the program at no cost to the City. The bike share launch is anticipated in 2015.

• Since I was a candidate for office, I have participated in Bike To Work Day each year to support the advocates working to make the city more bike friendly.

• The newly proposed zoning ordinance allows bike share parking to qualify for reducing vehicle spaces by 5% and requires retail establishments to provide bike parking proportionate to the size of the establishment.

• In 2013, Providence received an Honorable Mention as a Bicycle Friendly Community from the League of American Bicyclists.

• I established a goal for our Sustainable Providence plan to ensure all road users have access to balanced, safe, and affordable transportation choices.

What would you hope to do as Governor to:

• Implementing the Complete Streets law will help to reduce road injuries and fatalities for pedestrians and cyclists by introducing traffic calming measures, reducing road widths at crosswalks and adding protected bike lanes as appropriate. The state owns many main roads that cross our cities and towns and could provide models of complete streets in each municipality.

• As outlined in Bike Providence, the five Es are all essential to cultivating safety for pedestrians and cyclists: Engineering, Education, Encouragement, Enforcement and Evaluation. I would direct the RI Department of Transportation (RIDOT) to develop and implement effective strategies to address each of these needs.

• My proposal the Ocean State Infrastructure Trust would invest $800 million over 15 years to help repair Rhode Island’s roads, bridges and schools. This would enable our cities and towns to make long overdue infrastructure changes more affordably than they might be able to do on their own without passing the burden onto homeowners. This means safer roads – sooner – for everyone.

As we transform Rhode Island toward becoming the top bike friendly state in the country, we will need to develop more routes that connect the existing trails including the Blackstone River Bikeway, the East Bay Bike Path, the Cranston Bikepath, the Warwick Greenway, the West Warwick Greenway, the Coventry Greenway, and the Washington Secondary Rail-Trail. While creating routes through developed urban areas can be complicated, making the investment will make paths viable not only for recreation, but for commuters as well.

promote bicycle oriented tourism so that we can get a good share of the national $47 billion bike tourism market?

The Providence bike share program will support the growth of bicycle oriented tourism by making it easier for visitors in the capital city to access bikes and get to local tourist destinations or bike paths.

In addition, my plan Discover Rhode Island will invest $5 million annually in Rhode Island arts, culture and tourism – and includes a substantial increase in funding for the Rhode Island Tourism to coordinate with local tourism agencies and drive an overall brand and marketing outreach for our state. We must also determine what enhancements or new tourism offerings would help us to compete in the evolving tourism market. We should be promoting Rhode Island and all that it has to offer far and wide, including in growing areas of the tourism market such as bike tourism.

implement the 2008 law that our state government take steps to reduce state employee automobile commuting by a goal of 35%?

As noted by the Coalition for Transportation Choices, the State Employee Commuter Reduction Act created a task force to develop, publicize and implement a plan to provide incentives for state employees to reduce vehicle miles travelled, including the option to opt out of free parking in lieu of a public transit pass. As I have done with the Bicycle and Pedestrian Advisory Commission in Providence, I would seek out the advice of this task force for strategies to make biking, walking and riding the bus more viable commuting options for more state employees.

Rhode Island should take aggressive steps to be top bike friendly state in New England and set on a path to become the top state in the country. Our compact size gives us an advantage, and our vulnerability to climate change gives us a strong incentive. As Governor, my administration will partner with RIDOT, other state agencies, and our municipalities to promote a wide range of viable transportation choices and to integrate bike friendly policies at all levels.

<< Back to Gubernatorial Candidate Responses