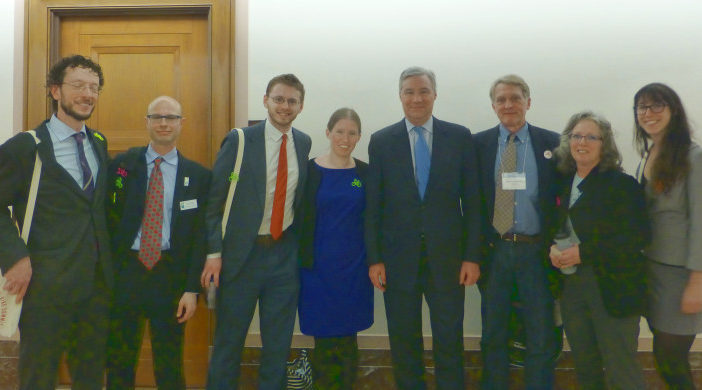 As described on the East Coast Greenway Alliance blog today, Rhode Island’s own Eric Weis is amicably leaving that fine organization after working there for 18 years. The second ever employee for the Alliance, which started in Rhode Island and now has 8 staff, Eric has helped make the East Coast Greenway vision for a trail system connecting Maine to Florida into a reality.

I first heard Eric’s name interning at the Northampton, MA planning department in 2011 while I was in graduate school. I was researching precedents for street-adjacent paths for a project in Northampton, and one of my grad school professors gave me Eric’s name. Not only did Eric respond to my out-of-the-blue email in less than an hour, but he provided exactly what I asked him for. That deep knowledge of trail infrastructure context is just one of the qualities that have made him such an asset to the ECGA.

When I moved to Providence in 2014, one of the first public meetings I attended was of the city’s Bicycle & Pedestrian Advisory Commission, which Eric chairs. I was immediately impressed by his calm & organized meeting facilitation, another skillset that is extremely important in the policy & planning worlds. Eric has shepherded that public body from a mostly symbolic entity to a commission with real power to make Providence’s streets safer and more welcoming for all road users. As a Rhode Islander and resident of Providence, I hope that Eric stays at the helm of BPAC for as long as we can keep him.

Eric is a pleasure to work with, and I hope wherever he lands after this transition allows RIBike to continue working with him closely. He is an asset to whatever he works on, and we appreciate the work he’s done over the past 18 years at the Greenway Alliance. Next time you see Eric, congratulate him on a great 18 years!