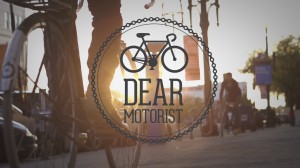 On February 15, 2014, RIBIKE sent a letter to Attorney General Kilmartin asking for his office to investigate and propose changes to existing law and police procedure or automobile crash investigations.  After several incidents around the state were brought to our attention, it seems that there is reluctance on the part of law enforcement officers to examine the use of electronic devices in crash investigations.  While driving and speaking are still allowed in this state, knowing the state of the driver’s attention at the time of an incident is of utmost importance in informing how our streets and highways are kept safe.

It is our view that text and call histories of the drivers involved in a crash need to be examined to full determine if the use of such a device may have distracted the driver, rather than classifying the crash as “I didn’t see the person I ran into” or “Run off road”.  Alcohol checks are nearly automatic in such cases, why aren’t we also checking for contributing factors that are just as deadly be diverting drivers attention away from the task of piloting thousands of pounds of metal past unprotected people on foot or bicycle?

Below is the full text of the letter that was sent, or you can view the letter as a PDF: RIBIKE_AG_CellphoneUseLetter_2014

The Rhode Island Bicycle Coalition, which has an obvious interest and concern about roadway safety, is requesting that your office investigate procedures after a motor accident results in a death. There were recent fatalities of pedestrians in Newport and a bicyclist in South Kingstown where motorists apparently did not see the victim. We believe that in these cases legitimate concerns exist of whether or not the drivers were distracted due to use of a cellular telephone.

As one means of dealing with this in future instances, we are asking that consideration be given to routinely determining any possible cell phone use at the time of a crash involving injuries to a person. This consideration might include the possible need for legislation to accomplish this, which we would support.

We know of your interest in highway safety and your sponsorship of legislation to ban texting while driving, and thank you for your leadership. Determining whether or not that is a factor in highway deaths is a possible next step in combating this dangerous practice, as many drivers are still observed reading and sending messages while operating theier vehicle. While especially dangerous for bicyclists, it puts all roadway users at risk.

Thank you for attention to this matter,